It had to happen, and it did–someone finally showed up at my Quaker Meeting wearing Google Glass.

My first in-person encounter with Google Glass was at an In-n-Out Burger a few years ago. A guy standing in line getting ready to order but he had this extra gleam to himself while wearing them; as people around him (including the cashier) tried not to stare, someone finally asked him what it was and he was happy to explain it.

Since then, here in San Francisco, it’s been an item about town and held in some regard as well as in some caustic disrepute for being an epitomizer of the gentrification of large tech company workers displacing locals. It’s not news that wearable computing has been on the horizon for years and getting closer by the day. Lots of opinions about its actual marketability, social consequences, and form factor. But it seems a few companies have made it work, including Nike’s Nike+ (now Fuel).

I’ll admit–I’m psyched about it. Not the cool-factor way but in a way that says, “take the phone from my hand and make it easier to use all the functionality” way. I really would appreciate not looking away from where I’m going or the person I’m with while I check something. The only way I could think that might be better is to have an eye-implant or make Google Glass invisible.

So, when I saw it at my Meeting for Worship on a new attender recently, it was kind of a downer. It made my Quaker-self meet up my real-world self, and realize that a) Glass was probably the most distracting object I’ve ever experienced during Meeting, b) it made me paranoid (who was watching through the video camera? was I being recorded? was the person going to stand?), and c) it was the dawn of a new world. Should Quakers ask attenders to turn off and remove these types of devices before Meeting begins? 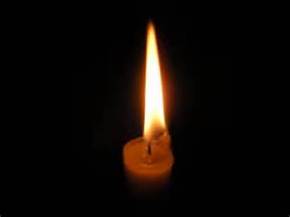 Quakers have a keen desire for plainness, for reducing the clutter to our senses, in order to turn our attention toward God, or the Light that exists within humankind and the world. Quakerism has also had the flexibility to move and grow within the times; progress has not been an impediment but rather a slow revealing of the greater good that lies beyond our senses. So why does Google Glass worry me?

Introducing a tool with a lens connected to the Internet in front of our gaze, along with a camera pointed ahead to capture our surroundings, connected to one of the largest data companies in the world, during a time of silent worship feels wrong. This feels even more wrong than having a cell phone ring, someone snapping a picture of the Meeting in worship, or someone taking notes while someone is giving vocal ministry (I have experienced being in Meetings where each of these has happened).

Quakers have set up worship spaces in Second Life and I have been part of Meeting for Worship over Skype. What will help guide us through the time of Google Glass? Perhaps, as one person noted, “Then you will come to tweet cheerfully over the world, answering that of God in every user.”